Webinar: Solar for commercial and industrial (C&I) heat on 30th of January 2020

Join the webinar to:

The webinar is conducted by ATA Insights, a strategic marketing company in the renewable energy industry. They work with leading companies, associations and multilateral organization creating webinars for +17,000 professionals that follow their content.

Tune in on Thursday, 30th of January at 12.00 CET
Please register online – Places are open but limited
Sign up here: http://bit.ly/2RqqsVE 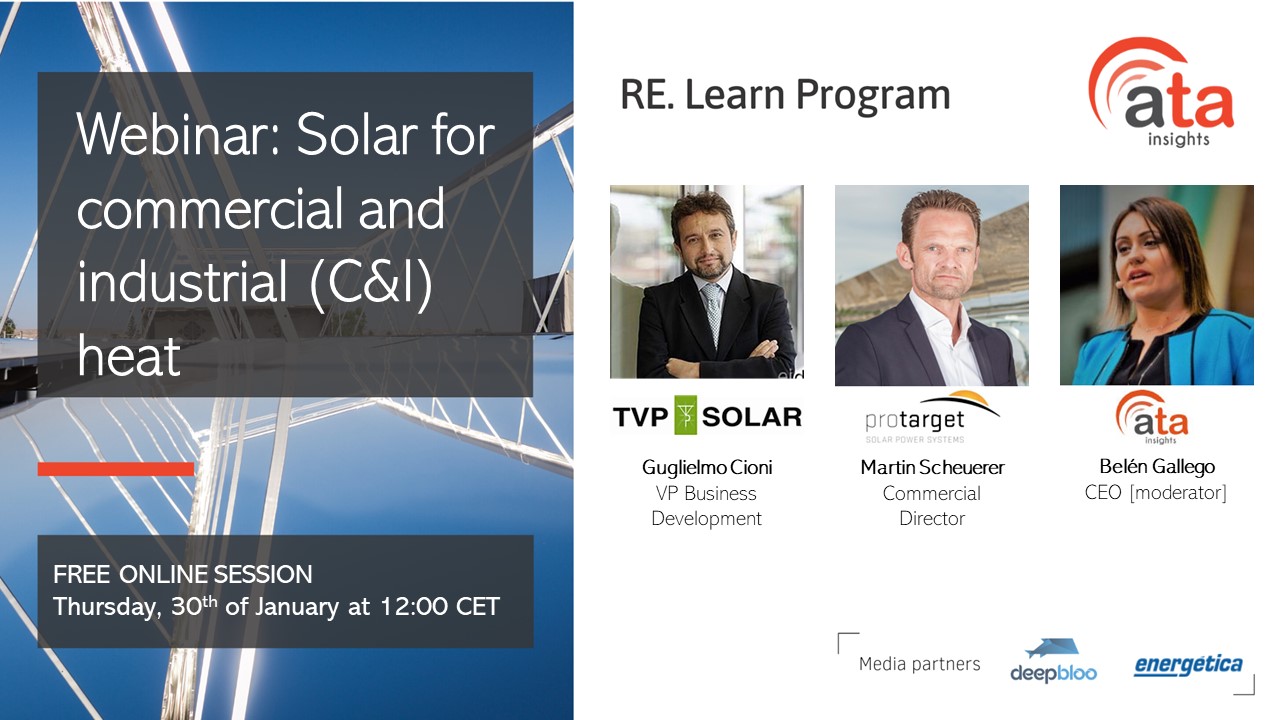 This year Protarget AG celebrates its 10th anniversary. Since its foundation in October 2009, the company has become a global player in the renewable energy sector. Our millstones of the past 10 years: 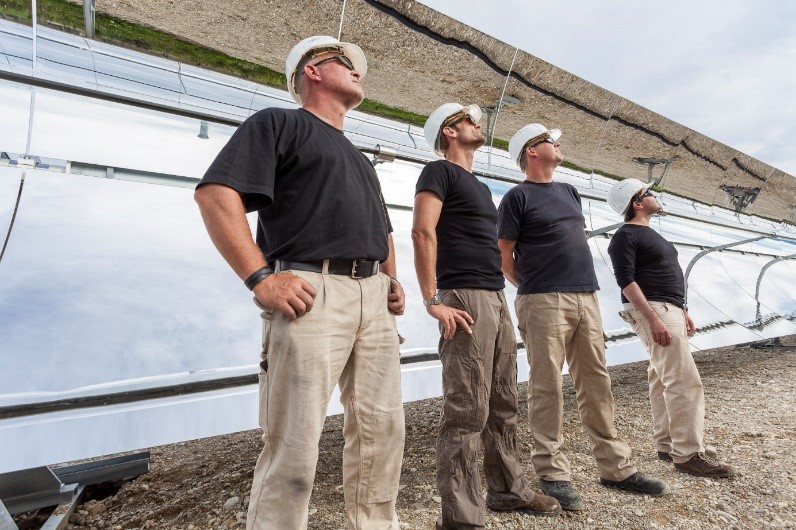 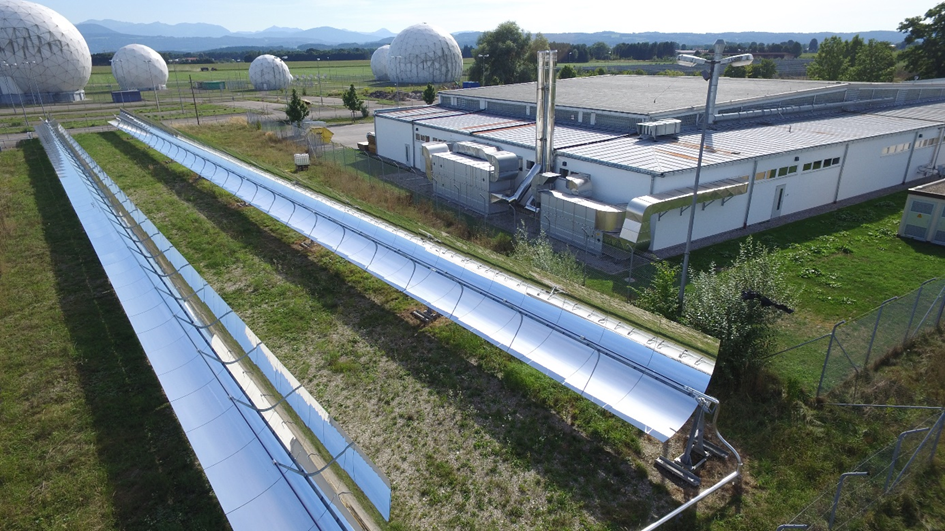 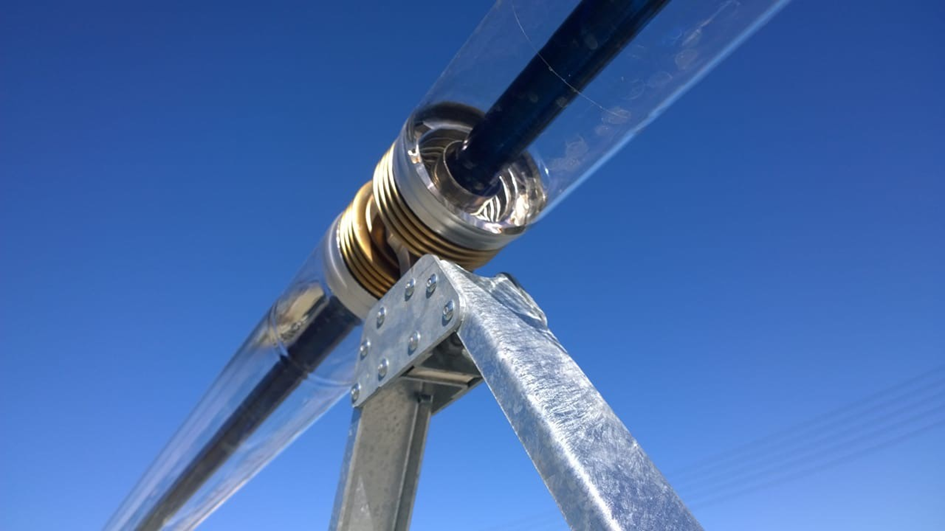 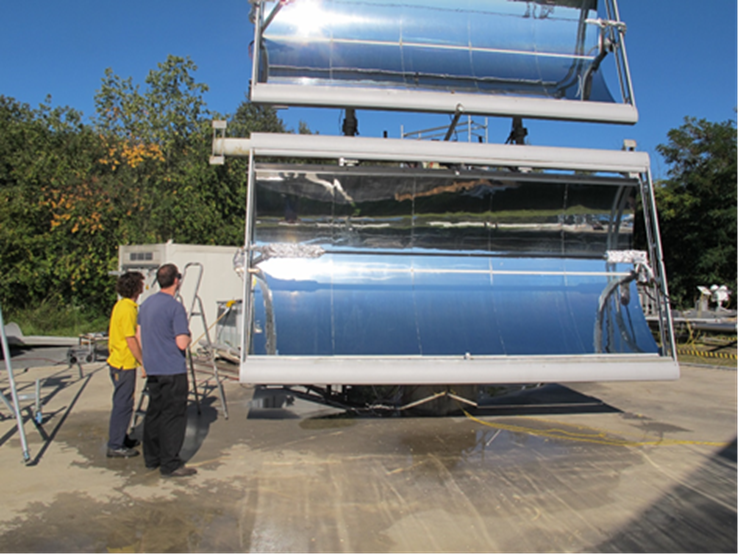 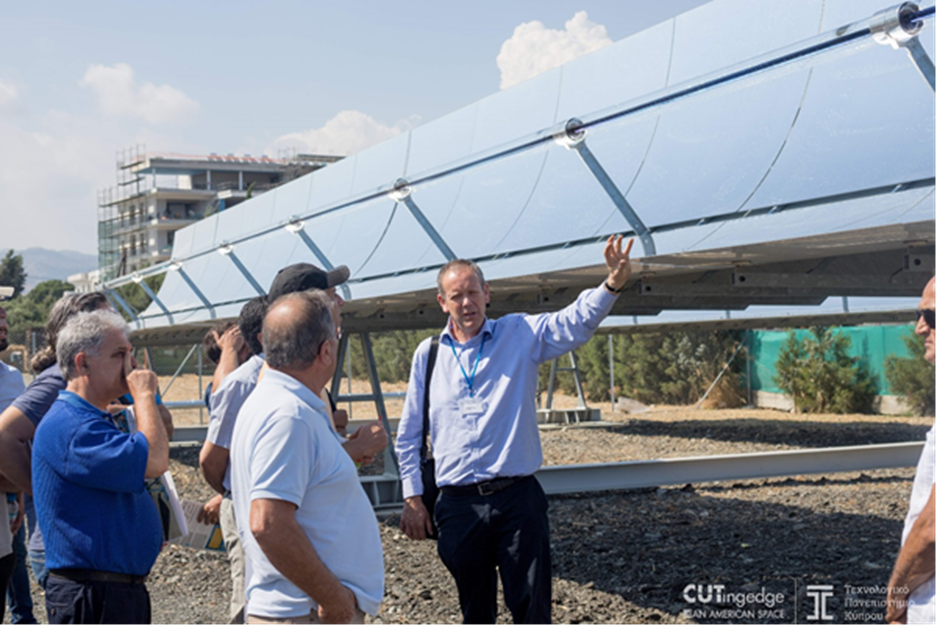 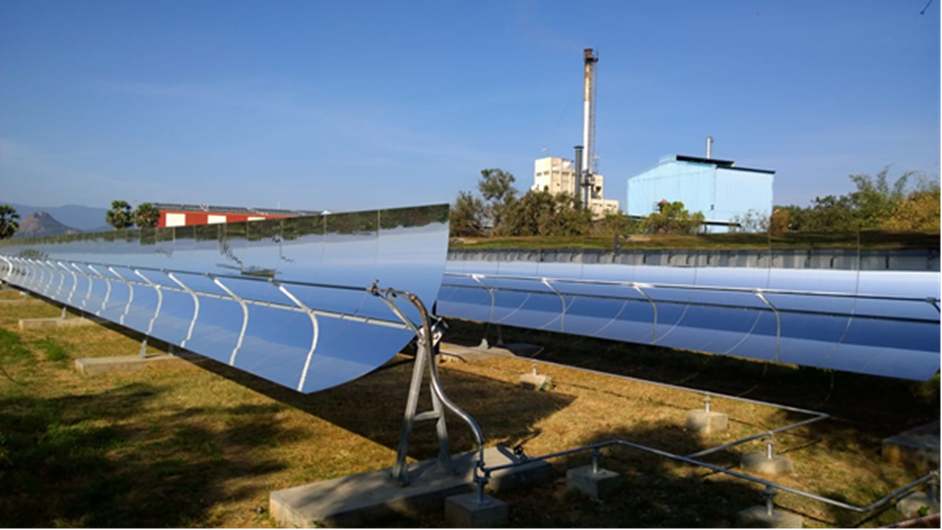 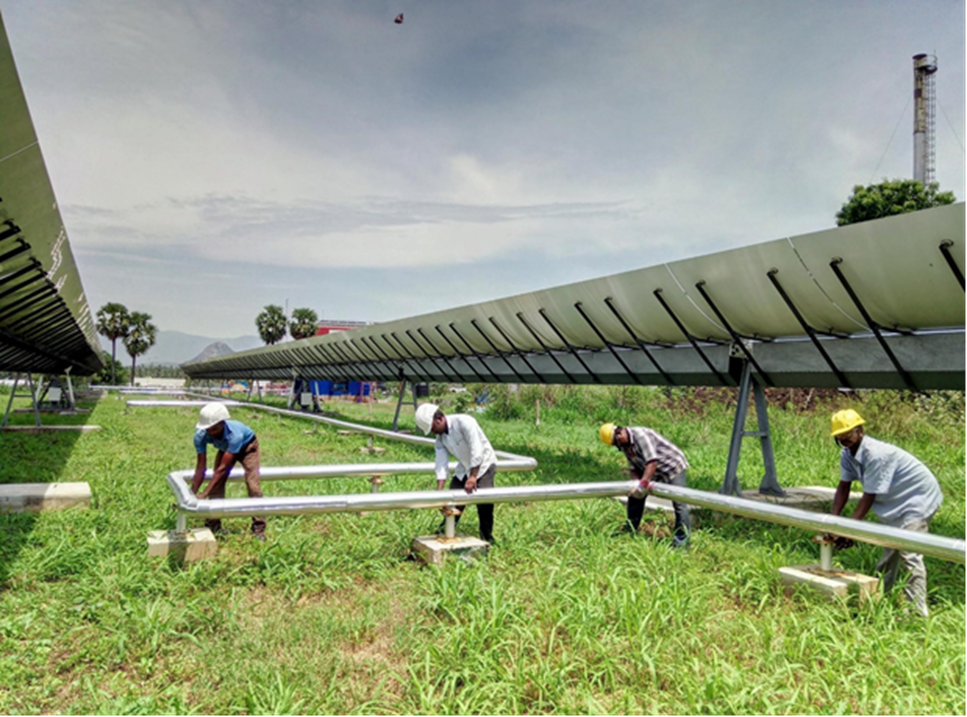 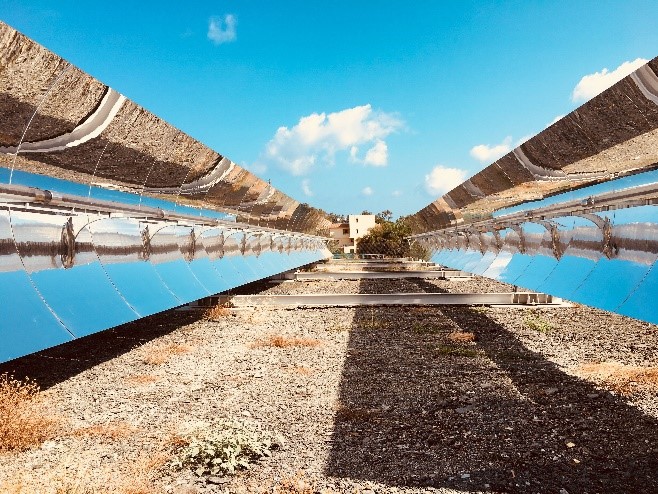 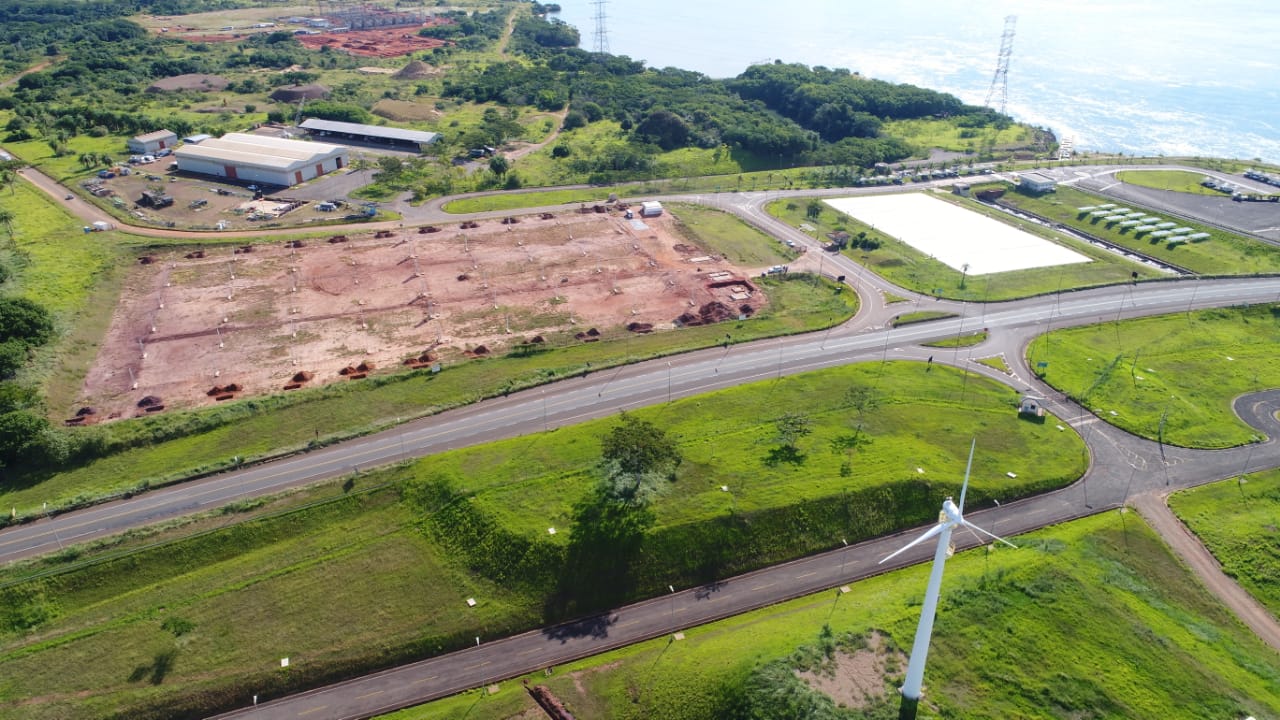 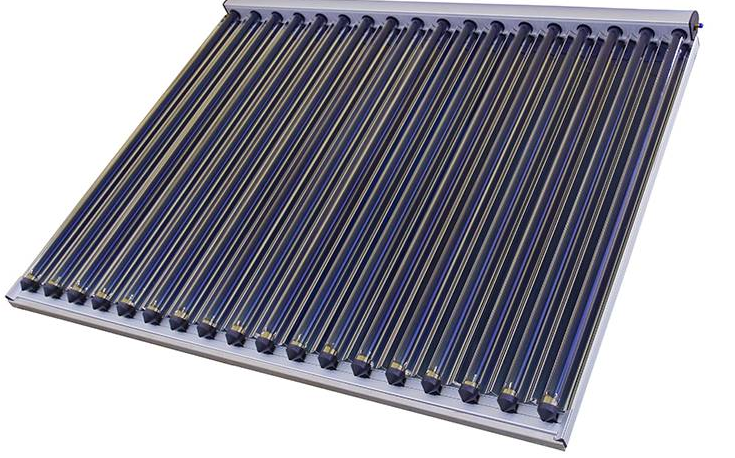 We would like to thank our employees and business partners who have accompanied us on this exiting journey.

Special thanks go to our customers all over the world for the trust they have placed in us. 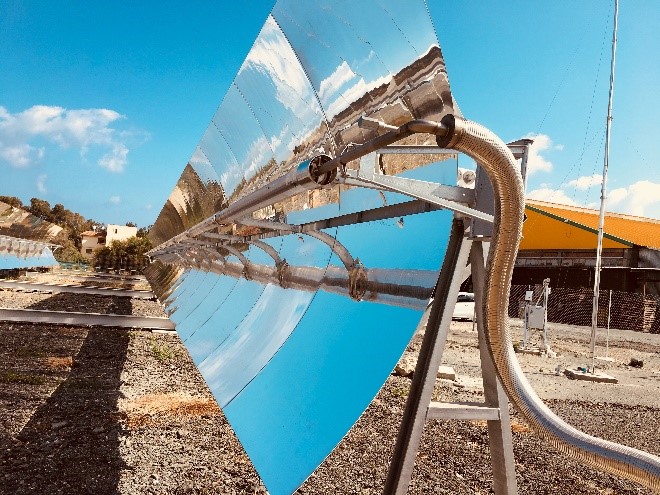 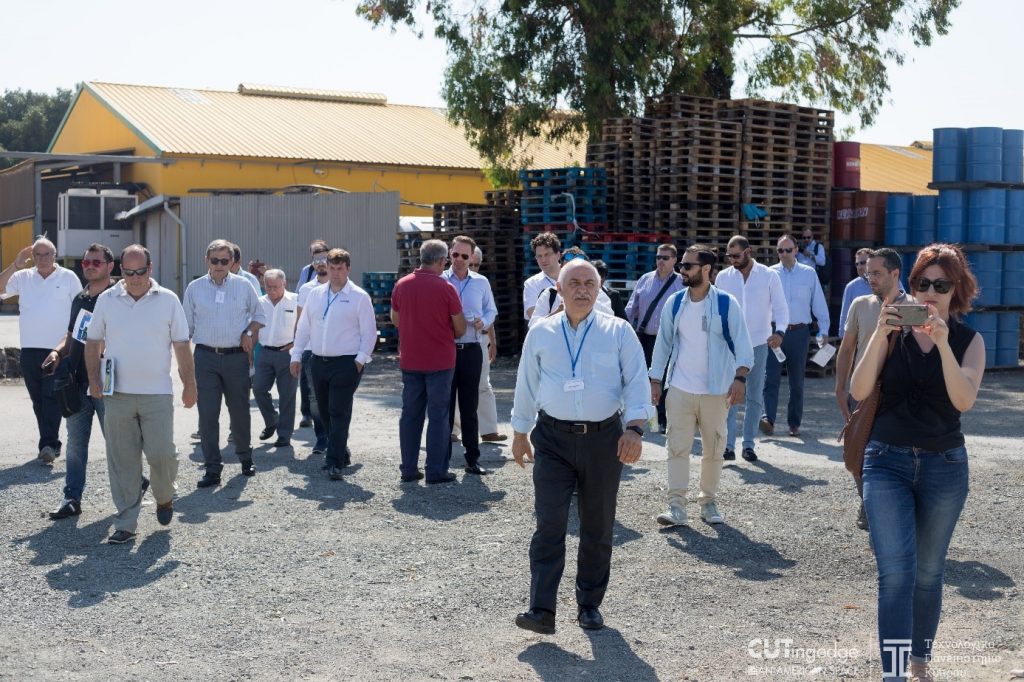 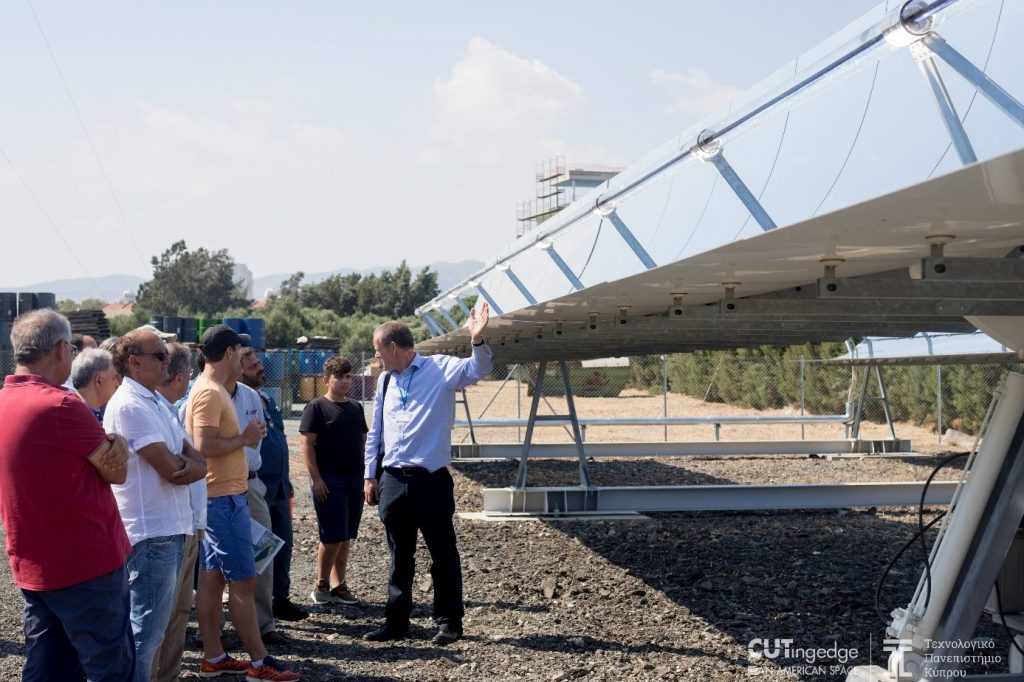 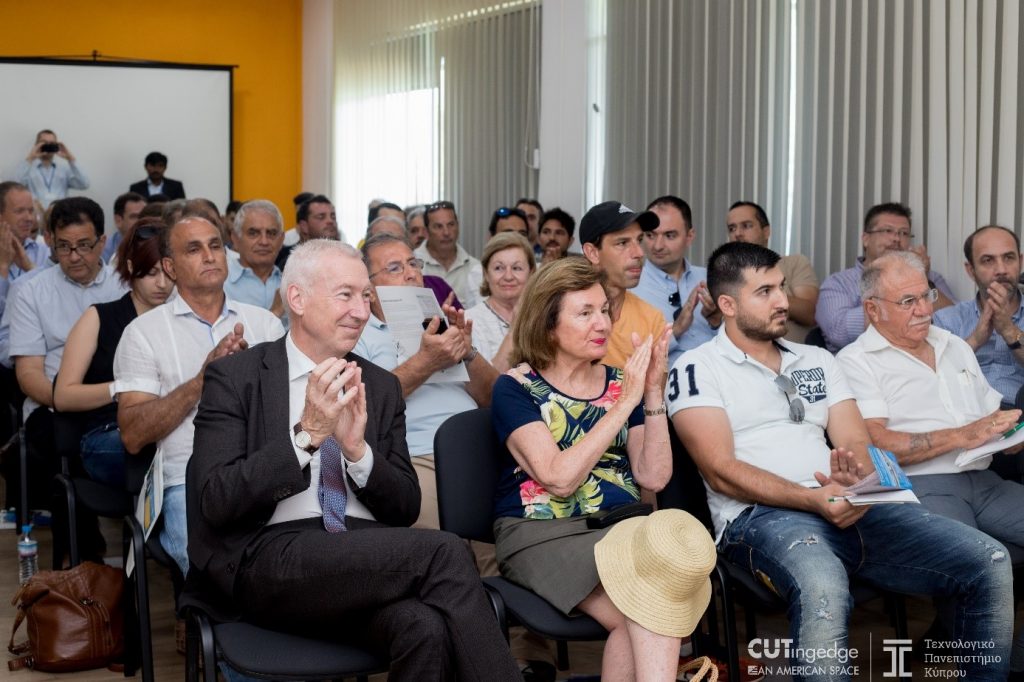 Time to Act: Protarget AG took part in the briefing at the Federal Foreign Office on the occasion of the 25th UN Climate Change Conference (COP 25)

Berlin, November 14, 2019 – At this year’s briefing, the Federal Foreign Office, the Federal Ministry for the Environment, Nature Conservation and Nuclear Safety, the German Climate Consortium and other representatives from science and politics are  discussing the upcoming climate summit and climate policy requirements. The annual climate conference, which takes place this year according to the motto “Es tiempo de actuar” – “It is time to act” in the Spanish capital Madrid under the presidency of Chile, serves to implement the Paris Agreement and this year is particularly dedicated to the project to increase international efforts and ambitions for more climate protection. The expectations of climate policy are high.

Martin Scheuerer, the commercial director of Protarget AG, used the briefing at the Federal Foreign Office with around 450 other visitors for an active exchange on climate related issues.

The Federal Minister for Foreign Affairs Heiko Maas said that Europe must take a leading role in climate matters, because only then countries like China and India would stay on course. This implies that the EU will have to tighten its climate targets for 2030 next year and set them with more ambition. The European Green Deal must not remain a meaningless phrase, said Maas.

The Federal Minister for the Environment, Nature Conservation and Nuclear Safety Svenja Schulze said that the World Climate Conference in Madrid will also be about establishing a reliable offset system for emission certificates on a global level. The contributions to climate protection in individual countries must be increased and the climate targets revised. This is the only way to avoid the climate catastrophe.

In his lecture, Professor Johan Rockström, director of the Potsdam Institute for Climate Impact Research, reports that the national targets set in 2015 are not sufficient to keep global warming below two or 1.5 degrees Celsius. In his view, it is essential to cut global greenhouse gas emissions by half over the next ten years in order to stabilise our climate. Scientific knowledge shows very clearly that following the same path will lead to even greater climate damage. Rockström emphasised that this is not just about environmental protection, but also about protecting human lives.

Protarget AG, based in Cologne, is currently implementing a series of solar projects in Chile. The aim is to supply industrial customers such as copper mines, lithium and food producers with process heat and solar wastewater treatment. Protarget offers its customers turnkey power plants according to the operator model. Thereby Protarget takes over the construction, installation and operation of the plant.

In the April issue of the journal of the Chilean Association for Irrigation and Water Treatment (AGRYD) an interview with the managing director of Protarget AG Martin Scheuerer was published.